Young Eng of the Year Award

This award is given to recognize the outstanding work of a young engineer of the Society and to encourage outstanding work by young members of the Society. A recipient must be under 40 years of age as of January 1 in the year that the award is made. This award is given for outstanding contributions to Canadian agricultural, food, and/or biological engineering Prior to 1993 this award was known as "The Canadian Agricultural Engineer of the Year Award". From 1993 to 1996 this award was known as the "Young Agricultural Engineer of the Year Award". The award recipient is selected from nominations by three members of the CSBE/SCGAB and must receive the unanimous consent of the Awards Committee.

2021 Young Engineer of the Year Award 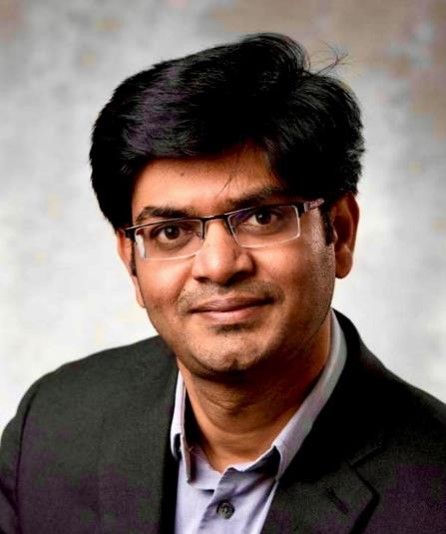 Dr. Prasad Daggupati is an Assistant Professor in the School of Engineering at the University of Guelph, Canada. All his higher education is in Agricultural engineering where he received his BS degree (2012) from the College of Agricultural Engineering in India, Masters (2007) and Ph.D. (2012) degrees from Kansas State University in USA. He worked as a Post-Doctoral Research Associate and Assistant Research Scientist at Texas A&M University, USA before joining the University of Guelph. Dr. Daggupati’s major contributions to research and practical applications are towards solving emerging water quality and quantity issues using GIS, hydrological modeling, machine learning, and field experimentation at various scales (e.g. field scale, watershed scale) across multiple countries around the world. He has authored or coauthored 60+ peer-reviewed journal articles and presented more than 75 presentations which include podium, poster and keynotes. He is currently a division editor (Soil and Water) in the Canadian Biosystems Engineering journal and an associate editor in Transactions of ASABE and Applied Engineering in Agriculture. He was awarded Postdoc of the year award at SWAT conference in 2015 and Young Agricultural Engineer award in 2016 from the Texas section ASABE. He was also part of the Standards Development Award received during the 2018 Annual ASABE conference for developing a new standard (ASABE EP621) which sets guidelines for calibrating, validating and evaluating hydrological and water quality models. He is advisor/co-advisor for 4 phd students, 12 MASc students (6 graduated), 14 MEngg students (9 graduated) and 6 postdocs (3 finished).

2020 Young Engineer of the Year Award 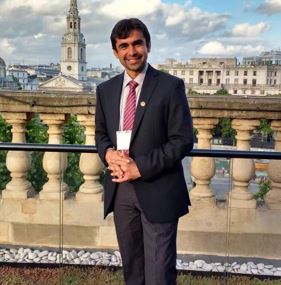 Dr. Aitazaz Farooque is an Associate Professor & Industry Research Chair – Precision Agriculture at the Faculty of Sustainable Design Engineering, University of Prince Edward Island. Based on his student-centered approach to teaching by going above and beyond for students and encouraging students to push the boundaries of their learning, he has been awarded with Dalhousie University Teaching Impact Award 2015. He was also awarded with the Engineers PEI Award for Engineering Excellence 2018 for excellence in the practice of engineering, the teaching of engineering and engineering research. He is also a recipient of the 2019 Presidential Award for Combined Achievement (teaching, research and service) from the University of Prince Edward Island. He is a Professional Engineer and registered in both PEI and Nova Scotia. Dr. Farooque’s research focuses on fundamental understanding and development of state of the art PA technologies for Eastern Canada’s agriculture industry. Development of innovative and novel PA systems utilizes knowledge of engineering design, development and management, instrumentation, design and evaluation of sensors and controllers, development of hardware and software for automation of machines to sense targets in real-time for spot application of agrochemicals on an as-needed basis to improve farm profitability while maintaining environmental sustainability. . Dr. Farooque has developed collaborations nationally and internationally. Dr. Farooque highlighted the significance of his research in peer-reviewed journals, conference proceedings, workshops, industry meetings and farmer’s field days. He is supervising undergraduate and graduate students. He is a Professional Engineer and registered in both PEI and Nova Scotia

2019 Young Engineer of the Year Award 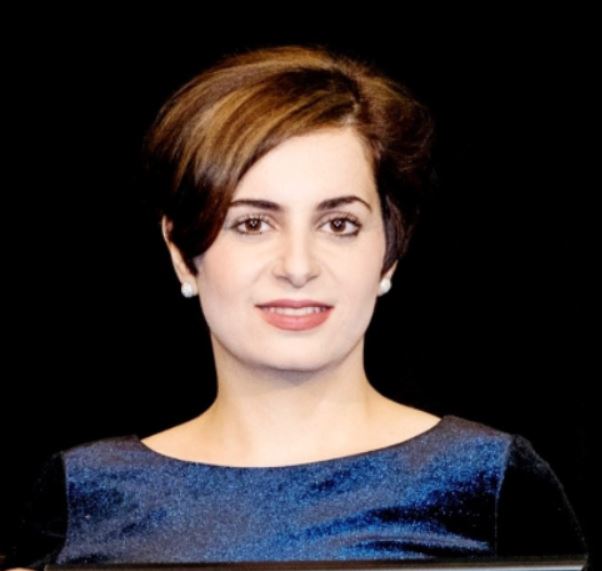 Fahimeh Yazdan Panah is the Research and Technical Development Director at Wood Pellet Association of Canada (WPAC). Fahimeh joined WPAC in April 2019. Prior to joining WPAC, Fahimeh Yazdan Panah was a Research Associate in Biomass and Bioenergy Research Group (BBRG) at the University of British Columbia and the founder of Spark Biomass Consulting Inc. She has been engaged in research and discovery in the emerging area of bioenergy for over 12 years and have managed bio-product projects for a variety of clients including governments, manufacturers and technology developers. She led biofuel densification, pretreatment, storage and handling research studies in lab and pilot scale and has co-authored more than 80 technical reports and peer-reviewed publications in the field. Fahimeh also serves as the Project Lead within ISO Technical Committee 238 (Solid Biofuels) and as the Chair within ISO Technical Committee 300 (Solid Recovered Biofuels). She has received her PhD and MASc from Chemical and Biological Engineering Department at the University of British Columbia (UBC) and she holds a bachelor’s degree from Amirkabir University of Technology.

Fahimeh is a  worthy recipient of the Young Engineer of the Year Award.

2018 Young Engineer of the Year Award 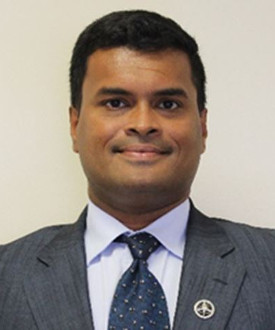 Satyanarayan Dev is an Assistant Professor in the Biological Systems Engineering Program in the College of Agriculture and Food Sciences at Florida A&M University (FAMU) and an Adjunct Professor in the Chemical & Biomedical Engineering Department at the FAMU-FSU Joint college of Engineering, Tallahassee, FL. Before joining FAMU in 2015, he served as an Assistant Professor at A’Sharqiyah University in the Sultanate of Oman for three years. He obtained his Master’s and Doctoral degrees from McGill University, Montreal in 2007 and 2010 respectively. He worked as a Postdoctoral Fellow in the Department of Agricultural and Biological Engineering at the Pennsylvania State University as well as in the Department Chemical Engineering at Ecole Polytechnique de Montreal in 2011 and 2012 respectively. He was awarded the Outstanding Young Researcher of the Year award in June 2017 by the Florida Section of ASABE. He has won several outstanding oral presentation and poster presentation awards as well as superior paper awards from the ASABE and the International Congress of Engineering and Food. His research projects have focused on food safety, value addition, nutritional quality, process optimization, modeling and simulation of food processing operations, electromagnetic equipment design for food processing, sustainable cold chain as well as thermo and biochemical conversion of biomass. Dr. Dev has published more than 100 technical publications, of which 37 are peer reviewed publications in journals and indexed conference proceedings, 10 book chapters and a book.

2017 Young Engineer of the Year Award 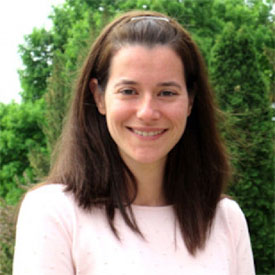 Marie-Josée Dumont is an Assistant Professor in the Department of Bioresource Engineering at McGill University. She obtained a Bachelor degree in Food Engineering (2003) and a Master degree in Chemical Engineering (2005) from l’Université Laval, and a PhD in Bioresource and Food Engineering from the University of Alberta (2010). From 2010 to 2012, she performed postdoctoral research at the University of Alberta and at Cerestech, a spinoff company of the Polytechnique de Montréal. In 2012, she joined McGill University as an Assistant Professor in the Department of Bioresource Engineering. Dr. Dumont`s research focuses on the valorization of agricultural feedstocks that are considered as industrial feedstocks or agricultural wastes. More specifically, she is interested in their characterisation in order to identify the potential of these materials. Further to the characterisation, their transformation into bio-based chemicals and materials for commodity and specialized applications are targeted. These materials are to be transformed into polymers, surfactant, bio-based fuels, and platform chemicals. Moreover, she currently serves as co-director for the Integrated Food and Bioprocessing Masters (non-thesis) Program and as advisor for undergraduate students enrolled in the Bioresource Engineering program. She is also a member of the Ordre des Ingénieurs du Québec, of the Canadian Society for Bioengineering, the American Society of Agricultural and Biological Engineers, and the Research Center for High Performance Polymer and Composite Systems. Marie-Josée Dumont  is a worthy recipient of the Young Engineer of the Year Award.