You will recall that a “call for papers” was issued in the summer of 2020 for a Special Issue in the Canadian Biosystems Engineering journal focusing on the topic of “bioengineering education”. The deadline advertised for this Special Issue was January 15, 2021. We have received several submissions and are proceeding with the review process.

However, we have some exciting news to share. Rather than publishing a one-time Special Issue in our Canadian Biosystems Engineering journal, the decision has been made to add a section on Engineering Education to Canadian Biosystems Engineering to allow submissions related to engineering education to be submitted at any time in the future. Perhaps you had an idea for a paper that is relevant to engineering education, but the challenges of delivering your class in an online manner in the midst of the ongoing COVID-19 pandemic did not allow sufficient time to prepare the manuscript for the January 2021 deadline. The good news is that you can continue working on your manuscript and submit at any time. We want to establish a vibrant exchange of ideas relevant to the teaching of “bio” engineers.

Canadian Biosystems Engineering will continue to accept papers that relate to any of the following topics:

We encourage you to consider sharing your experiences as an engineering educator in our journal, Canadian Biosystems Engineering! 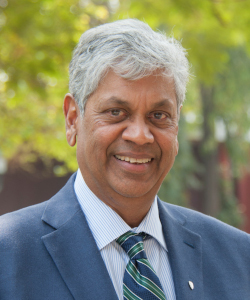 I trust this message finds you all safe and in good health. Much has happened over the past 6 months which has caused us to continue to make severe adjustments to our personal and professional lives. The COVID-19 virus continued to spread across the country, with just about every one of our provinces seeing increases in case outbreaks and rising number of deaths. I am sure some of us have had to deal with the loss of close family members and friends, and this was not easy, given the circumstances. Our hearts and thoughts are with all those affected at this time.

As you know, CIGR 5th International Conference, already scheduled to take place in Quebec City in 2020, has been postponed from May 10 to 14, 2021 due to the declared pandemic affecting the entire world. Although we would like to warmly welcome you to our beautiful city, the local organizing committee has decided to move to an online virtual event. The online event will provide the agricultural and biosystems science community with a forum to share and exchange the latest results and developments, as well as to outline future challenges and opportunities. We are currently working on redesigning the program and on the technical aspects of a virtual event. Full details for authors and participants will be available on the event's web page in early 2021.

The CIGR local organizing committee wishes everyone a happy holiday season and looks forward to seeing you in May 2021 in virtual mode.

This has been a challenging year to our membership, especially our student members.  Because of the Covid-19 pandemic our annual meeting in Quebec city was cancelled, robbing our members of the opportunity to meet, exchange ideas, and share their research.  Fortunately, we have managed to come together and organize a series of webinars providing an alternative platform for this purpose. A call for abstracts in the early part of the summer resulted in 25 submissions which have been organized into biweekly Technical Talks occurring every Friday from September of this year to early February of 2021.
We held our first event on September 11 and were very impressed with the quality of work shared by the presenters that day.  Subsequently we have held five more events on a biweekly basis for the fall culminating in our final event of the year on November 20.  For those that have missed the series, they have been recorded and the recordings can be accessed on our website's webinar page (https://www.csbe-scgab.ca/events/webinars).
We look forward to the rest of the series and strongly encourage our members to participate, We will reconvene the series on January 8, 2021 at 10:00 am PST (https://www.csbe-scgab.ca/events/webinars/technical-talks-january-8-2021).  Please note that we will also be putting out a call for abstracts in the new year in anticipation of our second annual series of Technical Talks and look forward to your submissions..
Dr. Keith Duhaime, BC Director
Dr. Joy Agnew, Past-president.

At the 2020 CSBE AGM, the Council asked me to represent CSBE on the ASABE Standard & Technical Council (STC).  My role on STC is to attend the meetings and calls and contribute when appropriate.  STC usually holds a call in January or February and meets at the Annual International Meeting (AIM) which is in the summer, usually July.

An ad hoc committee was formed during AIM 2020 to work on ASABE Canadian SDO accreditation.  Discussions took place with the Ag Manufacturers of Canada (AMC) as the Canadian partner of record with the Standards Council of Canada (SCC) and the Canadian Ag Safety Association (CASA) as the financial partner.  An agreement was entered into between CASA and ASABE. The parties intend to work together to develop standards for agricultural equipment and systems that are in the best interest of Canada and Canadian agricultural producers.

CASSO/SNSAC Inaugural Meeting took place on December 11, 2020.  The objectives of the meeting were to:

Next meeting is scheduled in mid-January 2021.  The agenda will be to continue to formalize the operational structure of CASSO / SNSAC (e.g., By-laws).

CASSO / SNSAC should be an opportunity for professionals working in the Agricultural Section in Canada to show case their expertise and potentially become CSBE Members if not already on board.  I will provide updates to CSBE Council on a regular basis at least until the new Committee has reached cruising speed.