For the 2017-2018 term, several elected and appointed positions are opened and must be renewed. The CSBE / SCGAB received only one nomination per post, which leads us to a simple ratification vote during the AGM. Thanks to the candidates who volunteer to keep our Society active!

We look forward to seeing you at the CSBE/SCGAB AGM to be held on Monday, August 7, 12 p.m. at the Canad Inns Polo Park in Winnipeg.

Here are the candidates: 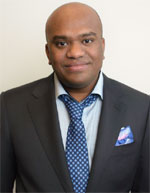 “CSBE had a successful history and is currently sailing in rough seas. With grounded optimism, through engagement, purposeful dialogue and meaningful actions revitalization is possible. It is time for us to be disruptive and do things that are unconventional and bold. Let us push ourselves to avoid an exit strategy. It is impossible to say what will happen in the next few years, but the culture of CSBE has to be dynamic enough to face the future. Let us talk and walk the talk.”

Hugh Fraser is pleased to be CSBE VP Regional for the next two years. He received undergrad and master degrees from the University of Guelph in agricultural engineering. He retired after a 35 year career with Ontario Ministry of Agriculture, Food and Rural Affairs (OMAFRA) at Vineland, where he was the provincial engineering specialist for horticultural crop protection and post-harvest handling. He’s been a member of CSBE since 1980 and recently was Ontario Regional Director in 2014-2015. He is from a dairy farm in the extreme southwest corner of Quebec along the south shore of the St. Lawrence River.

Hugh has authored 16 papers at CSBE/ASABE technical meetings; 25+ OMAFRA factsheets; was provincial co-lead for the 2017 Minimum Distance Separation (MDS) Document; is an international expert on wind machines for cold injury protection; and has appeared as an expert witness over a dozen times on issues dealing with normal farm practice and on-farm nuisance complaints. Hugh is the only person in Ontario who has witnessed first-hand the raising or producing of every single type of animal or crop grown in the province from alpacas to zantedeschia (calla lilies). In 2015, Hugh started the consulting business OTB Farm Solutions: Outside-the-Barn bright solutions for farming in the urban shadow. He has been busy, because it is difficult farming in heavily urbanized Southern Ontario.

Hugh’s hobbies include; walking 2000 km annually with his wife; playing hockey; curling; and constructing/selling hockey-themed duct tape wallets (yes..a goofy hobby, but Leaf fans will buy anything). He will publish a book in 2018 entitled; Swing Beam Barns of Niagara: Stories about 50 barns built over 50 years between 1825 and 1874 by 1st and 2nd generation United Empire Loyalists, late-Loyalist Americans, and immigrants from the British Isles.

My name is Paul ONeill, P.Eng.  I grew up on Vancouver Island, this was a wonderful experience. As a teenager and early 20’s I worked Sawmills and Pulpmills. With an interest in engineering and agriculture I attended University of Alberta, graduating with a degree in Ag Engineering in 1990. After graduating I worked at the U of A for Dr. Ken Domier and Dr. Lars Bach as a research engineer working on flax straw and OSB panels. In 1992 I started working for Beaver Plastics as a Research Engineer and in sales, becoming the Manager of Grower Products in 1994.

I enjoy spending time with my wife of 27 years Patricia and my daughter Monica. I only lost my wedding ring once while working with flax straw. To keep sane I ski, swim, walk, mountain bike and play classical guitar, recently bought an accordion.

Life has taught me to listen and focus on the task at hand.

René Morissette
Accepted to renew for a 2-year term.

Stéphane Godbout
Accepted in anticipation to renew until the CIGR conference in 2020 (Québec City).

Ranjan Sri Ranjan
Accepted to renew for a 1-year term.