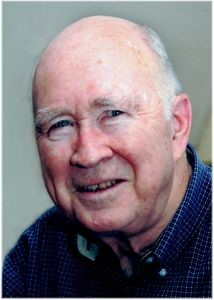 To say that John was a long-life learner is an understatement. John attended High school in Ottawa, obtained his B.Sc (Agr) degree from Macdonald College (McGill University), MSA from OAC (now University of Guelph) and his PhD from Purdue University. As a professor, then head of the Department of Agricultural Engineering at Macdonald College, he received the distinguished Alumni Award and was particularly active in curriculum design and multiple research papers. He joined the faculty at the University of Guelph in 1977 as the Director of the School of Engineering until 1988, and then Professor until he retired in 1995 with the honour of University Professor Emeritus.

John was an active member of CSBE/SCGAB for many years. His research and teaching in the area of farm buildings/animal environment was recognized in 1973 by the John Turnbull Award (Canadian Sheet Steel Building Institute Award at that time). John served as CSBE/SCGAB President in 1985-86. He was awarded the Grade of Fellow by both CSBE and ASABE. In 1982, John was awarded the Society Maple Leaf Award. This award is given to honour members of the Society who have distinguished themselves as leaders in the profession. In 1997, John introduced the position of Webmaster.

In 2019, the Society established the “John Ogilvie Research Innovation Award”. This new recognition by the CSBE/SCGAB is dedicated for an individual who has made an outstanding contribution to research and has demonstrated professional leadership in any area(s) related to engineering for agriculture and/or bioresource based sector. It is the highest award made by the Society for “Research Innovation”.

Another significant contribution by John was to lead the process to affiliate our Society with ASAE (now ASABE) when he was President and President elect (more in the history section on our website).

Since his retirement, John worked with various groups to continue his love and dedication to his profession which has resulted in the ‘Professor John Ogilvie Engineering Bursary’ at the University of Guelph.